How the Apple M1 Impacts My Workflow

You're reading reports of how great the M1 (aka apple silicon) works with all kinds of creative workflows.  Me too, and I was super excited to get one. HOWEVER, initially I wondered if I had made a big mistake. Most of the apps I want to use are going to run using an emulator called rosetta.

When I tried to open Photoshop, it did the dock-bounce ....bounce, bounce, bounce...and eventually...didn't open. So I rebooted and tried again.  No dice, so when in doubt, uninstall / reinstall, right?  I opened the Creative Cloud app to uninstall, but that too was almost immediately unresponsive - no clicks, no nothing, and I couldn't get out of it either. There's no polite error messages or anything...just a dead computer. I had to hold the button down to power off the machine.

So I used the adobe cleaner utility (look it up, it's a thing) and uninstalled everything, rebooted and reinstalled. Guess what? It didn't help.  I had to crash out again.  So I uninstalled again, and reinstalled. Again. By this time, I was getting nervous.  But third time's a charm - everything worked as expected, and all my creative cloud apps now work. Because I'm interested in how it's going to work for my employees, I also downloaded and tested Indesign. I didn't get very far - Microsoft Teams popped up with a message, and when I went back to Indesign, it was non-responsive, so again, I had to crash out. After restarting, I was able to work along pretty well in Indesign, so I think it's probably going to be fine.   As you can imagine, that hour of screwing around with crashing apps on my new computer was stressful.

So, what can you expect to be a noticeable improvement? It's fast, right? Yes, it is super, noticeably fast. One of the pokiest things on my old 2012 MBP was the "Edit In" workflow, switching from lightroom to photoshop, Nik apps, or alien skin (exposure 6). It used to be painfully slow.  Sometimes I wondered if it was going to work at all. 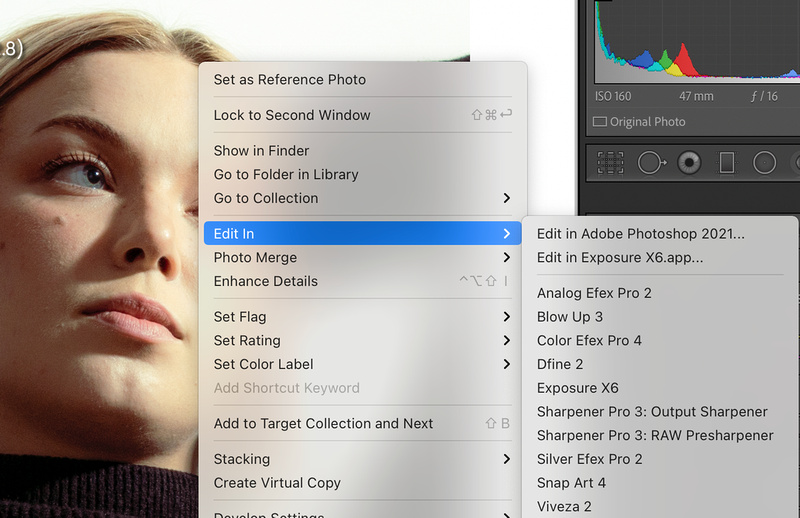 I can often finish an image in lightroom, but sometimes I need to do some output sharpening, or advanced cleanup in photoshop or effects in exposure.  That is now a super fast switch, hardly noticeable at all.

Everything Apple is fast - Safari is smokin' fast, as is the new M1 version of Google Chrome.  But non-apple things, like Microsoft Remote Desktop are noticeably faster, too even though they are emulated by Rosetta.

Overall I am very pleased with my decision.  My biggest mistake was blindly believing that, "Adobe has worked out the details and put out an M1 version." What?  Why would I think that. Nope, not yet.  My Photoshop install alerted me that I was installing an intel-based version of the app that would run with Rosetta until a new M1 version was released. You know what they say, "Never assume."

Phil Lewis
@Mike - yes, they really need to expand beyond the 13" MBP. I'm waiting for the 16" for our creative staff. I shopped and found a used older cinema display to scratch the big screen itch, only cost me a couple hundred USD.