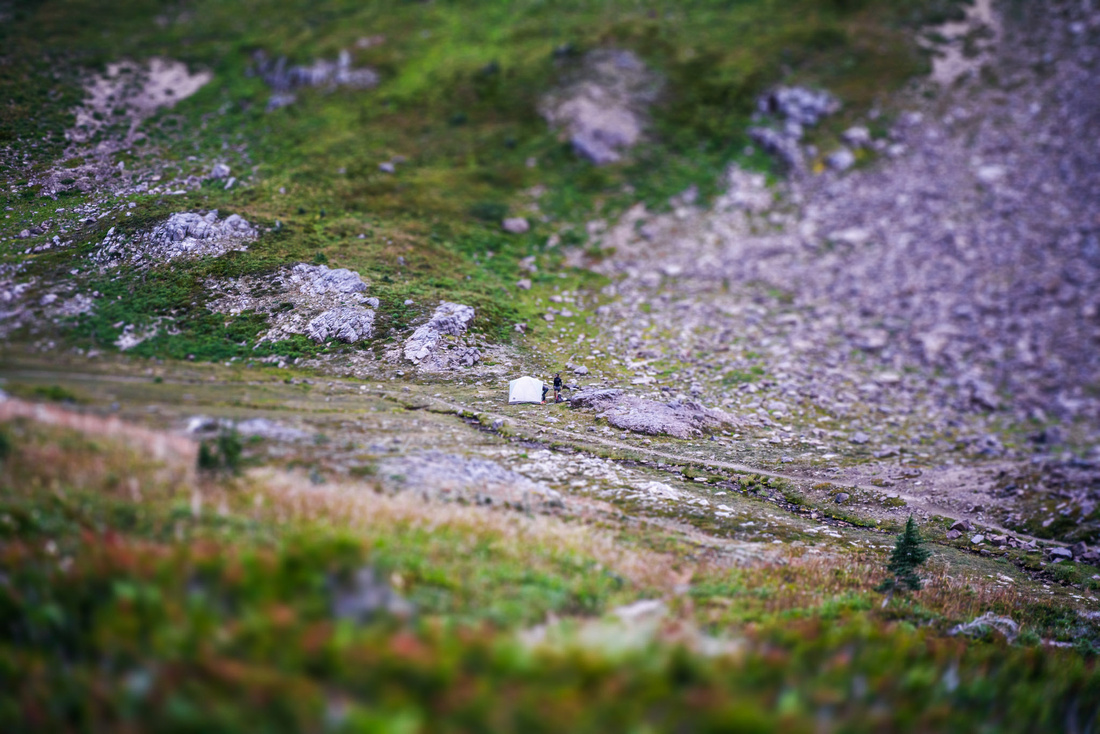 Pitching by the trailPitching in the twilight. All the spots are taken, so these two stopped and pitched next to the trail.

Last Friday - just 3 days ago - I headed to one of my favorite places in the wilderness.  I was there earlier this year when there was still snow in a lot of places on the trail.  But last week, as Summer ended and the last of the mosquitos died, a newer, bigger Autumn enthusiasm arrived once again for the wild places of the PNW.

My impression is that the weekend backpacking hobby has begun to sprawl, encompassing entire weeks.  I spoke to a fellow on the trail on Friday who had camped at a particular lake on Thursday night, and he said there were at least 50 tents. Since most of us hike with a friend, that’s maybe 100 people - a tiny town - converging on that little remote lake in the wilderness on a Thursday night. It’s a site to see. 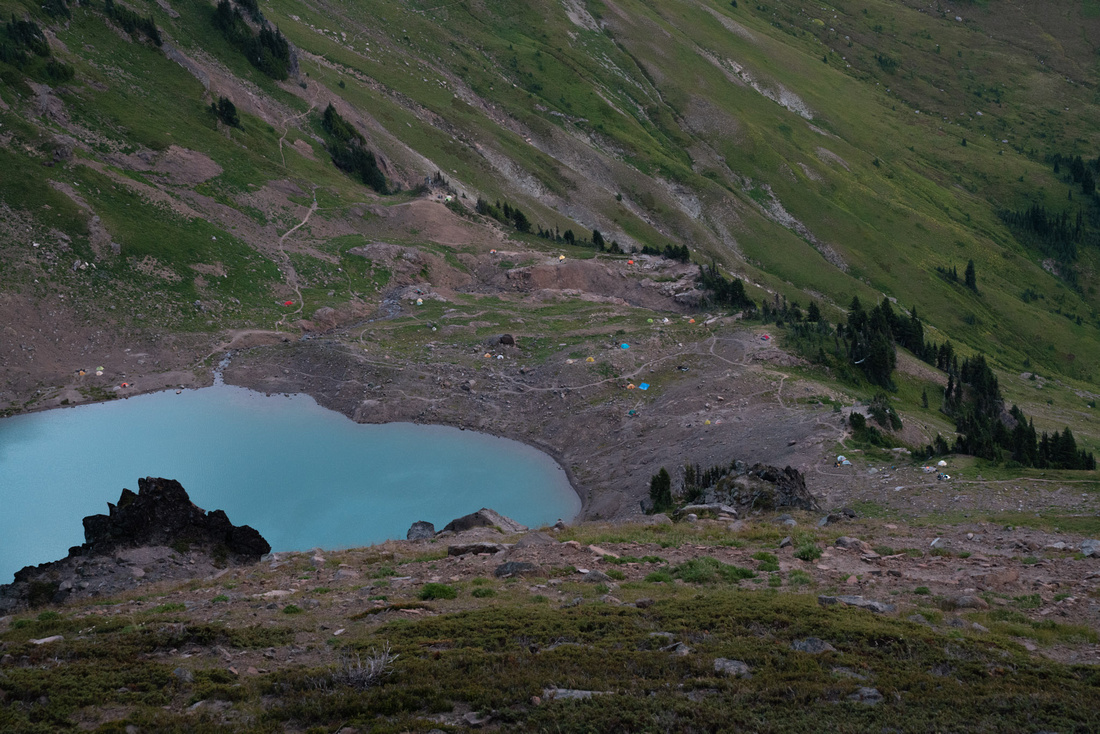 Evening at a wilderness lake in Washington State.First Fall weekend in 2019. A shared joy.

Hashtagged #thehikemovement, the best way to observe it is to participate in it. And that’s what I have been doing for the last 6 years.  And being the haunted, overthinking man that I am, I think a lot about motives - mine and others.  At first I examined my own reasons for my sense of urgency to disappear into the wilderness and abuse my saggy late-middle-aged body, climbing mountains and developing over-sized leg muscles that look and work a lot better than the rest of me. Early on, it was not hard to detect my own “instagram” motives; the harder thing was to admit it and abandon them entirely.

After I killed all my social media accounts (twitter was spared because I never used it), my compulsion to head out at 4am didn’t go away. As I kept hiking and thinking about why, especially on really difficult hikes, I came to realize that one of the better, more virtuous motives is joy. There are others, but largely, my own “hike movement” is fueled by the joy of an early morning forest, pants and boots wet with dew, so early that I’m knocking down spiderwebs and catching first light and morning mists; it’s fueled by sitting and staring into a remote camp fire (legal only); and by waking up in the wilderness.